Ready to create characters that are fearsome and ruthless? If you want to learn more about developing assassin characters, read this guide. Whether your story is set in a medieval era or a futuristic world, assassins make for dynamic and exciting protagonists. In this article, we take you through the steps necessary to create these characters, from the basics of characterization to developing their skills and abilities. Finally, we provide tips on making them rich and compelling personalities that your readers will love to follow.

Assassins are usually depicted as sleek, attractive figures equipped with gorgeous tiny stabby blades or some other kind of unusual super gadget in people’s minds. A black-clad assassin creeping into a sleeping prince’s room to stab him in his sleep is one example of a sensuous scene. However, the truth is that these stunning pictures are just that – fantastic. Accurate and actual assassinations and assassins are generally not glamorous or seductive, and they don’t function very well as people imagine.

1 – Understand the process of death

The central nervous system is disconnected, and everyone dies. The brain is told to shut down or the heart and lungs are told to stop when the cardiopulmonary system comes to a halt, which signals a halt in breathing. It is more difficult to achieve than one might think, and human nature prevents us from wandering away without a fight.

The crime scenes are well-protected. No one enters unless they have no choice, and they wear full protective gear (PPE) to avoid contaminating the area or themselves. This isn’t how a gumshoe detective dressed in a trench coat with a cigar and leaning over the corpse works. Nor does a fifteen-year-old amateur detective tag along to help.

When a dead body’s temperature is altered to reach equilibrium with its surroundings, time-telling elements such as muscle rigor (rigor), blood settling (livor), color (pallor), and tissue disintegration (decomp) will occur naturally. Toxic substances have an impact on the body as well. The Mortis process is sped up by cocaine and slowed by carbon monoxide. Make sure that your forensic expert agrees to a specific time.

4 – Don’t be too creative with scenes of investigation! 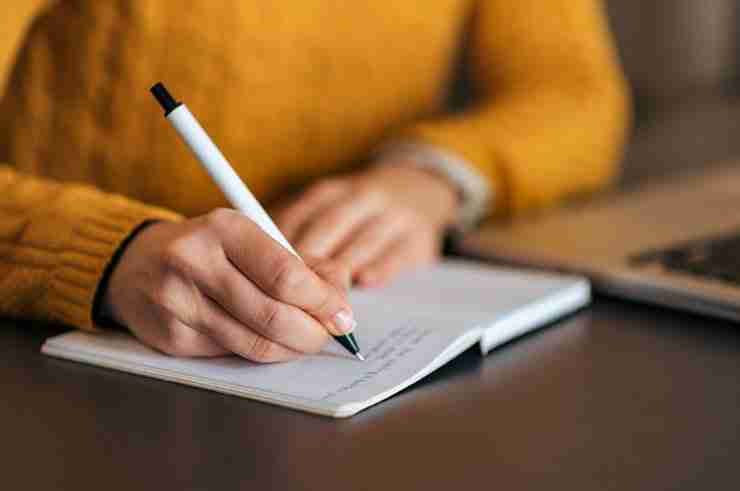 The greatest page-turners occur when you engage your reader’s senses of sight, hearing, smell, taste, and touch. This appears to be the trick behind the show-over-tell deception. To remind myself to use my senses in each scenario, I keep a little sticky note on the bottom of my screen. The most critical component of a person’s emotional connection is smell. Smelling a maggot-crawling, gassing-off decomp is one thing, but seeing horrific images of a gut-shot body is entirely different.

Be honest. The truth of the criminal world is that cops and criminals curse like sailors. Females are also among the most foul-mouthed friends we have. While dictating and dissecting, one female pathologist used to sneak in some beauts. Thankfully, she had a competent reporting assistant who helped her out. Yet, there is an equilibrium. If every fourth word is four characters, it might get too much to take in; nevertheless, that’s not impossible.

The best cops and crooks have vibrant personalities, which is as true as the fact that you’re going to flush the toilet before bedtime. They’re neither positive nor negative. A fellow coroner, who looks like a frump-woman, is like traveling with Yoda. A stand-up comedian should be one of the Hell’s Angels we know. She has a severe drinking problem and shares a bed with her incontinent ferret.

8 – Understand the science behind the story

Storytelling, like autopsies, has a scientific basis. Readers remain awake and unable to put down the book since writers utilize words that release endorphins in their brains. Every writer, not just mystery writers, should read Lisa Cron’s Wired for Story. We assure you that your perspective on storytelling will never be the same again.

9 – Remember that lab results are not so quick!

It’s time-consuming and complex to gather evidence from a crime scene. To begin with, your situation is not the only one the lab has, and it will have to wait. More important files will probably bump you to the bus’s rear, and it might take months for your DNA profile to arrive. And, no, calling your lab buddy from the scene will not help. For choosing favorites, he’d most likely be sacked.

A great way to notice elements that appeal to you as a writer is by keeping a list of your favorite character descriptions that you come across in fiction. Likewise, keeping track of powerful and creative writing tools is your job. We’d like to recommend you an AI writer not just because it will save you time but for a reason because it puts real effort into developing an eye-catching and explicit character description. Try it now to grab your first 10,000 words just for free!

As you just read above, there are many practical steps to writing an assassin character. In this section, we have discussed some of them for your convenience. As a result, your next novel is bound to be crafted with the excellent skills of the character.

If you still want some more insider tips on writing an assassin, keep reading our blog! Lastly, there are a few FAQs that will come in handy later on in the writing process.

Who are the seven greatest assassins in world history?

While it is impossible to rank them in any particular order, some of the most notable assassins include Rosselli and Duvalier (the latter being assassinated while he was on vacation), Assasin Prince Moka Pembe (one of Africa’s longest-serving assassination squads), The Red Baron (an Austrian pilot who directed numerous attacks that killed many prominent people throughout World War I), John Wilkes Booth (actor accused of assassinating President Abraham Lincoln), Yakuza hitman Tadamasa Sakaki, Khmer Rouge leader Pol Pot, and Osama bin Laden.
Assassins are real-world people with real-world jobs who can blend into any place and be a part of that culture. Their job is to kill their target or victim as they go through their mission while assimilating it into real-world life and back to the ‘real world.’ They do this by learning how the environment works and the history of what has happened there. An assassin should learn how everyone thinks from all over the spectrum – from those born locally (the most common) to tourists, ex-pats, and everyone in between.

What’s the difference between an assassin and a hitman?

The most essential skill for an assassin is stealth. They must travel unnoticed and assassinate their target without making a sound. To protect themselves if necessary, they must be skilled in martial arts.